A Response to 13 Reasons Why, Season Two 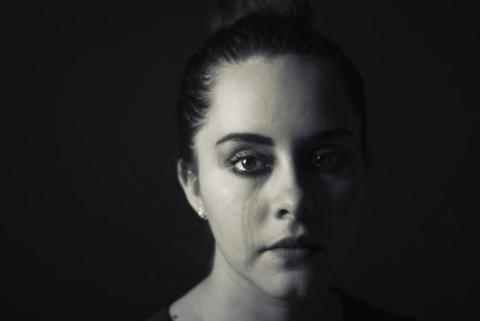 Released by the NCPD Council on Mental Illness

To All Catholic Faithful,

As you may be aware, Netflix released season two of the virally popular series 13 Reasons Why on May 18, 2018. The series includes mature themes, including sexual assault, suicide, alcohol and substance abuse, bullying, and extreme violence.

The graphic portrayal of these issues presents the risk of triggering harmful behaviors among certain members of our youth, especially suicide and/or self-injury. At the same time, the release of the series provides the opportunity for adults to engage in meaningful and substantive discussions with youth on these issues. It is important for adults, caregivers, youth ministers, educators, coaches, etc. to be aware of the potential impact the series may have on youth and be able to respond as needed.

Christ’s healing love is present in all things, including mental illness and suicide. The Church can provide hope and a healing presence for people with a mental illness. We can accompany them, pray with them and help bear their burdens. For those who have a loved one who died by suicide, the Church teaches that “we should not despair of the eternal salvation of persons who have taken their own lives.” The Church prays for those who have died by suicide.

Another unfortunate aspect of the narrative in this series is the fact that adults are portrayed as failing to understand or help youth in crises. Throughout the series youth are often made to feel that they must handle every trauma on their own, from unhelpful counselors to disengaged parents. It is crucial that we let the youth know that they are loved and they are not alone. Studies show that talking about suicide does not increase suicide attempts but rather encouraging dialogue makes people feel safe in talking about issues which lead them to despair. We must pray for our youth and young adults watching this show and relating to the characters and we must be willing to have the important, albeit uncomfortable, conversations that may arise.

The Catholic Church recognizes that human life is sacred, and every person is created in God’s image. Since all people are created in the image of God, their dignity and worth cannot be diminished by any condition, including mental illness. The reality is over 90% of those who attempt suicide struggle with some sort of mental illness, and suicide contagion (exposure to suicide or suicidal behaviors) is a real concern—it has been well documented that media can and does have a profound influence in the lives of adolescents for better or for worse. Indeed, after season one of 13 Reasons Why debuted, internet searches of the term suicide spiked nearly 20% over the course of three weeks (Ayers, 2017) and emergency department visits for psychiatric conditions increased in the four weeks after 13 Reasons Why was released, including many cases with copycat gestures or suicide attempts (Feur, 2017).

Fortunately, there are a number of resources available on the web for families, clergy, pastoral ministers, educators, and other caring adults to utilize in learning about the series, how to respond in working with youth, and other important factors and issues.

These include the following Catholic-centric resources:

Webinar conducted by the Archdiocese of Indianapolis, with support from the National Federation for Catholic Youth Ministry: https://www.gotostage.com/channel/3137548062961020934/recording/375013df... c8b04302f4/watch?source=CHANNEL (Note: Captions not available at this time; may be available at some point in the future).

In addition, there are a number of secular resources available, including:

A discussion guide from the American Foundation for Suicide Prevention: https://afsp.org/campaigns/talk-about-mental-health-awareness-month-2018...

A toolkit developed by an international coalition of leading experts in mental health, suicide prevention, and education: https://www.13reasonswhytoolkit.org/

Discussion guides and videos produced by Netflix: https://13reasonswhy.info/ (Note: Professionals requested of Netflix that they provide these resources in response to serious concerns raised during Season 1).

There are two resources that provide support for people in distress, which include: The National Suicide Prevention Lifeline: 1-800-273-8255; website: http://www.suicidepreventionlifeline.org The National Crisis Text Line: Text Home to 741741; website: https://www.crisistextline.org/

Finally, the California Catholic Bishops have recently issued a pastoral letter titled, “Hope and Healing: A Pastoral Letter from the Bishops of California on Caring for those who Suffer from Mental Illness Addressed to All Catholics and People of Goodwill.” The letter goes into depth on the impact of mental illness and suicide. The letter can be found here: http://www.cacatholic.org/hope_and_healing

It is our hope that these resources can be used by all of the faithful to support effective dialogue and engagement among our young people. Indeed, we are all the Body of Christ, and in the words of Saint Pope John Paul II, “it is everyone’s duty to make an active response; our actions must show that mental illness does not create insurmountable distances, nor prevent relations of true Christian charity.”

The Council on Mental Illness National Catholic Partnership on Disability

The NCPD Council on Mental Illness was founded May, 2006 to carry out the following mission: Following Jesus who embraced all, we reach out to accompany our brothers and sisters with mental illness and their families while assisting the Catholic community by providing resources and education for spiritual and pastoral support.