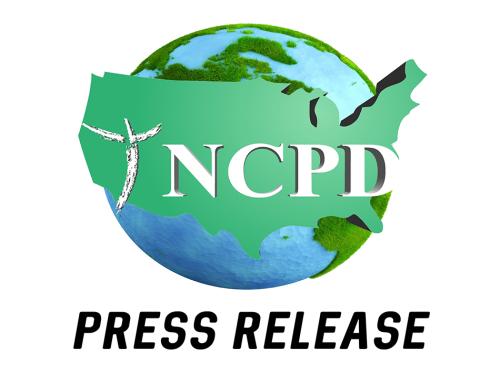 The Race for Belonging: Catholic Disability Gala will honor the Most Reverend Joseph E. Kurtz, D.D., for his lifelong efforts to ensure persons with disabilities find a home in the Church and are supported in their vocations.

When Penny and Michael Michalak had their daughter, Elena who has Down syndrome, they noted that Archbishop Kurtz was thrilled with her, telling her how much potential she would have and what a blessing she was. Elena would call Archbishop Kurtz her “friend the Archbishop.”

Penny noticed that Catholic schools often excluded persons with disabilities. “Archbishop Kurtz had a different perspective” she said, “and that was beautiful.”

Penny and Michael started the Immaculata Classical Academy which focused on welcoming students of all abilities. “We felt called to begin a school where we put [students with and without disabilities] together. They would benefit each other just like a family…and they would help each other to go to heaven.”

Archbishop Kurtz was a proactive supporter of Immaculata Classical Academy from the beginning. “That meant a lot to us,” Penny said, “to start the school and have the blessing of the Church…Archbishop Kurtz has really opened wide the doors to us, for us to be able to do the work that we felt called to do. He was never an obstacle; he was always for us and that made us more inspired to do the work because he saw how necessary it was.”

As Episcopal Moderator of the NCPD for five years, Archbishop Kurtz promoted disability and access initiatives nationwide. Kurtz was instrumental in revising the U.S. Bishops’ Guidelines for the Celebration ofthe Sacraments with Persons with Disabilities, planning NCPD’s first theological symposium with TheCatholic University of America and launching online trainings.

Charleen Katra, Executive Director of NCPD, noted that Archbishop Kurtz has been a monumental support to her.

“When I began as Executive Director of NCPD, I looked forward to our calls, knowing that I would receive sound advice, steady encouragement, and profound assistance. Archbishop Kurtz is a servant leader; he not only advised NCPD but took time to accompany us with the day-to-day responsibilities of running a non-profit. Whether it was calling his brother bishops to encourage them to financially support NCPD, speaking at NCPD events, recording videos for NCPD, or being present and engaged at a Board meeting, Archbishop Kurtz was always willing to lend a hand.”

This year marks the 40th Anniversary of the NCPD, which was founded to implement the U.S. Bishops’ Pastoral Statement on Persons with Disabilities. For 40 years NCPD has worked with dioceses, parishes, and laity to facilitate physical access of churches, adaptive faith formation, mental health support, disability awareness, sensory-friendly Masses, and more.

NCPD recently launched an online course titled, Celebration of the Sacraments with Persons with Disabilities. The course includes interviews with scholars, persons with disabilities, and parents, as well as lectures and Scripture reflection.

Reserve your seat and book your hotel lodging by August 1 to ensure you join the Race for Belonging: Catholic Disability Gala with NCPD and Archbishop Kurtz. Go to the event page at https://one.bidpal.net/catholicdisability/welcome or visit ncpd.org/Gala!