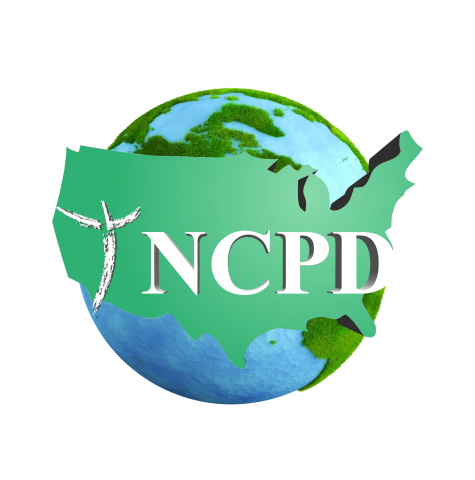 I am professor emeritus of Constitutional Law at Temple Law School in Philadelphia and past chair of the National Catholic Partnership on Disability (NCPD). NCPD was established thirty years ago to implement the Pastoral Statement on People with Disabilities of the U.S. Catholic bishops.

I understand that, at its June 24-25 meeting, the OPTN/UNOS Board will consider DCD policy changes offered by the OPO Committee. For the reasons ably set out in the National Catholic Bioethics Center’s June 20th letter, I urge the Board to reject the proposal as written. I will limit my remarks to the worst of the several flaws the proposal contains: Its authorization of organ solicitation before any decision to withdraw lifesupport is made.

The OPO Committee proposal, “Requirements for Controlled Donation after Circulatory Death (DCD) Protocols,” reads in its introductory part: The timing of a potential DCD donor evaluation and donation discussion shall be coordinated with the OPO and the patient’s healthcare team, in accordance with hospital policy.1

The quoted language does not simply require transplant hospitals to have a policy on the timing of evaluations and donation discussions. Rather, it effectively authorizes each such hospital to decide whether to permit such efforts before any withdrawal decision is made. As its Briefing Paper explains, “The OPO Committee disagrees with the position that a patient may not be evaluated as a DCD candidate prior to a decision by family members and caregivers to withdraw life sustaining measures, or the position that a donor family not be approached about organ donation until the time at which a decision to withdraw life sustaining measures have been agreed to.”2

The Briefing Paper mostly cuts and pastes the justifications the OPO Committee has previously advanced for its position. Attached are the point-by-point refutations we have made in prior letters,3 indicating, inter alia, that the Committee’s position is not only inconsistent with that of the Institute of Medicine4 but OPTN/UNOS’ own Ethics Committee as well.5

The Briefing Paper acknowledges that the Ethics Committee has recently reiterated its disagreement “with the OPO approaching the family prior to decision to withdraw treatment or support.”6 Its response that leaving questions of timing up to hospital policy is necessary “Because state first person authorization laws are different [,]”7 even if true, says nothing about why such timing should be left to each hospital when patients are not conscious.

In a May 22nd telephone conversation, OPO Committee Chair Richard Pietroski offered an additional justification: Requiring OPO staff to ensure that the evaluation and donation discussion occurred only after the withdrawal decision was made would violate hospital autonomy. Mr. Pietroski, however, was at a total loss to explain why, in the case of a conscious patient, the proposed requirement that “OPO confirm[ed] that the healthcare team has assessed the patient’s competency and capacity to make withdrawal/support and other medical decisions”8 would not likewise compromise hospital autonomy.

The explanation, however, is perfectly clear. As his supporting PowerPoint demonstrated, discussing donation with families before they have decided whether to withdraw life-support would likely produce a 14% increase in transplants from patients with catastrophic brain injuries, with no requirement that they be at or near death.

In other words, the proposal justifies the obvious pressure it will place on already stressed families by the slight increase in organ donations that the authors of the proposal project. This trade-off, however, rests on the unstated assumption that the lives of such patients are less valuable than those awaiting transplants.

This flaw in the proposal, though grave, is easily remedied by adding the following language:

… The timing of a potential DCD donor evaluation and donation discussion shall be coordinated with the OPO and the patient’s healthcare team, in accordance with hospital policy and these protocols.

The primary healthcare team and the OPO must evaluate potential DCD donors to determine if the patient meets the OPO’s criteria for DCD donation. Unless contrary to applicable state or local law, the OPO must confirm that the patient, if mentally conscious and competent, surrogate, or next of kin has decided to withdraw life-support before any evaluation or donation discussion is initiated.

If adopted as written, the proposal will erode public trust that the nation’s organ transplant network is operating fairly, free from considerations of who should live or die based on the quality of their lives. I urge the OPTN/ONUS Board to reject this deeply unsettling proposal and, in addition to the other recommendations the National Catholic Bioethics Center has made, adopt the position of both the Institute of Medicine and its own Ethics Committee that organ solicitation should occur only after the decision to withdraw life-support is made.

3 The Briefing Paper’s attempts to refute our criticisms are ineffectual at best. For example, in response to our concern that patients could be evaluated for organ suitability without their knowledge or consent, it notes that “[t]he Ethics Committee agrees that the evaluation of the suitability for DCD may ethically occur pre-mortem.” Id. at 20. That, of course, misses the mark completely since it says nothing about whether the Ethics Committee would agree to such evaluation without the patient’s knowledge or consent.

4 In 2000, the Institute of Medicine indicated that "the decision to withdraw life-sustaining treatment should be made independently of and prior to any staff initiated discussion of organ and tissues donation." Committee on Non-Heart Beating Transplantation II, Institute of Medicine, Non-Heart-Beating Organ Transplantation: Practice and Protocols 16 (National Academy Press 2000), reaffirmed Committee on Increasing Rates of Organ Donation, Institute of Medicine, Organ Donation: Opportunities for Action136 (James F. Childress & Catharyn T. Liverman, eds., National Academies Press 2006).

5 OPTN/UNOS Ethics Committee Report to the Board of Directors (June 25-26, 2012) at 10 (“The Ethics Committee does not agree with the OPO approaching the family prior to decision to withdraw treatment or support .”).

6 BP at 20 “quoting” (Interim Report of the OPTN/UNOS Ethics Committee Meeting (Mar. 4, 2013) at 5 (“DCD in neurologically aware patients should be routinely offered in appropriate circumstances when there has been an informed decision to withdraw support. The Committee recognizes that appropriate end of life care for patients with recent neurological injury requires significant attention to ensure the decision to withdraw support (independent of the decision to donate) is made under ethically and clinically appropriate circumstances.”)).