NCPD's Board of Directors includes Bishops, diocesan directors of disability ministry, people with disabilities and family members, pastoral workers, and other concerned individuals. The Board determines policies that guide NCPD in its work and passes resolutions on current issues relevant to the Church and Disability. Elected members can serve up to two consecutive three-year terms. The Board has the Executive and Development & Promotions Committees, and three ministry-specific committees (Education, Ethics and Public Policy, and Mission). 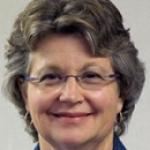 
Marsha Rivas is the coordinator of the Office for Persons with Disabilities for the Diocese of Toledo in Ohio. Rivas serves as the NCPD Board chair, and the NCPD Mission Committee chair. Before working for the Diocese of Toledo, she was the manager of a non-profit provider of community residential homes for adults with intellectual and developmental disabilities. Rivas holds a Master of Science degree in Human Development and the Family from the University of Nebraska, and a Bachelor of Science degree in Education from Bowling Green State University in Ohio. 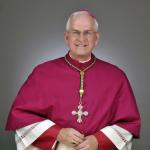 
Most Reverend Joseph E. Kurtz is the Archbishop of Louisville (KY) and the Episcopal Moderator of the National Catholic Partnership on Disability. Before becoming the Archbishop of Louisville in 2007, Archbishop Kurtz was the Bishop of Knoxville (TN) from 1999 to 2007. In 2017, Archbishop Kurtz gave the National Catholic Educational Association’s Exceptional Learners Conference keynote address entitled, “Learning with and from my brother George, born with Down syndrome.” Archbishop Kurtz has over 30 years of experience working in social services within the Church, including his position as the executive director of the Catholic Social Agency and Family Life Bureau in the Diocese of Allentown.

Archbishop Kurtz is currently on the Board of the National Catholic Bioethics Center and the Institute for Priestly Formation, as well as the Board of Trustees of The Catholic University of America (CUA). He is also a member of the CUA Council for the National Catholic School of Social Service, and a member of the Advisory Board to the cause for Archbishop Fulton Sheen’s beatification. Archbishop Kurtz holds a Bachelor of Divinity and Master of Divinity degree from St. Charles Borromeo Seminary, and a Master of Arts degree in social work from the Marywood School of Social Work in Scranton, Pennsylvania. 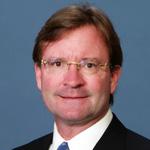 
Greg Schott is an Investment Consultant who works with individuals, institutions, religious and lay pensions, gift annuities, foundations and endowments since he joined Baird in 1997. He is a Knight of the Equestrian Order of the Holy Sepulchre of Jerusalem. In addition to serving as treasurer and Board member of NCPD, Greg is on the Board of the Schott Communities for Persons who are Deaf or Disabled, the Board of the National Catholic Office for the Deaf, and has traveled with Catholic Relief Services throughout Kenya and Rwanda. Greg has served on the Board of the National Apostolate for Persons with Mental Retardation and the Make A Wish Foundation Presidents Council for Collier County. He also serves as a Director for the FBI Miami Citizen’s Academy Alumni Association. 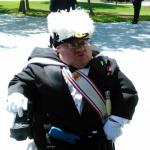 
Michael Adamus has worked in the field of disability advocacy for many years. Most recently, he served as the Disability and Deaf Ministry Director for Catholic Charities of the Diocese of Erie, Pennsylvania, and appeared on EWTN The Church Universal as a representative for NCPD.  Adamus participated on a panel at a breakout session on Disability and Deaf Ministry at the 2017 Convocation of Catholic Leaders meeting sponsored by the United States Conference of Catholic Bishops in Orlando, FL. He has been a member of the Knights of Columbus since 2000. Adamus has also served as a member of the Pennsylvania Rehabilitation Council for six years and is a current member of the Florida Rehabilitation Council. 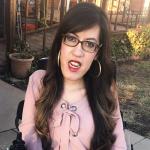 
Aracely Baeza is a case manager at Catholic Charities of the Archdiocese of Oklahoma City. She works in the Family Support Services Department, where the focus is to assist low-income families and individuals in working towards self-sufficiency to maintain a healthy, safe, and secure lifestyle. Baeza was also the Oklahoma State Ambassador for the Muscular Dystrophy Association during 2017 and 2018. She represented NCPD at the V National Encuentro of Hispanic/Latino Ministry in 2018, which is a process of ecclesial reflection and action in Catholic parishes across the United States. She also assisted NCPD in facilitating a 2016 diocesan review about participation of individuals with disabilities within the Archdiocese of Oklahoma City. 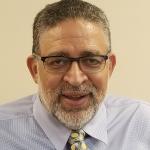 
Walter is an associate director in the Office of Religious Education for the Archdiocese of New Orleans and is a member of the Mission Committee and Education Committee on the NCPD Board. Bonam previously served as a Catholic school program coordinator and principal, and as a public high school teacher. In 2011, a gunshot inflicted during an armed robbery attempt at his home left him paralyzed from the chest down, with limited use of his hands and a heightened appreciation for the precious gift of life. Bonam is married, and the father of an adult daughter. He holds a Master of Arts in Theological Studies from Notre Dame Seminary and Graduate School of Theology in New Orleans, and a Bachelor of Arts in English from Emory University. 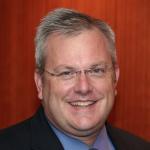 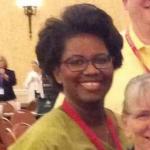 
Dione Grillo is the coordinator of Advanced Catechetical Ministries and Basic Catechist Formation for the Archdiocese of Los Angeles. Grillo serves on the NCPD Board as a member of the Education and Development & Promotion Committees. She is also on the Archdiocese of Los Angeles Special Needs Committee and is the former consultant for elementary catechesis for the Archdiocese. Grillo has a Master of Arts in Pastoral Studies from Catholic Theological Union in Chicago, and over twenty years of experience in catechetical ministry and parish catechetical leadership. She is also a member of the National Conference for Catechetical Leadership where she serves on the Standards and Certification Committee. 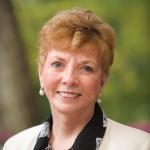 
Marie Hilliard is the Senior Fellow of the National Catholic Bioethics Center. She is a registered nurse, an ethicist, and a canon lawyer. In addition, she has graduate degrees in religious studies, nursing, and canon law, and a doctoral degree in Professional Nursing Higher Education Administration. She is President of the National Association of Catholic Nurses - USA, and on the Executive Board of the International Catholic Committee of Nurses and Medical Social Assistants which is a member association of the Vatican’s Dicastery for the Promotion of Integral Human Development. She co-chairs the Ethics Committee for the Catholic Medical Association.  Hilliard is a retired colonel of the United States Army Reserve where she served as a nurse for over 20 years. 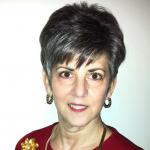 
Charleen Katra is an Associate Director in the Office of Evangelization and Catechesis for the Archdiocese of Galveston-Houston and a disability consultant for Sadlier. She serves on the NCPD Board as the liaison to NCPD’s Council on Mental Illness and chair of the Education Committee. Katra holds a Bachelor of Science in Special Education and Elementary Education from Kent State University, and a Master of Arts in Pastoral Studies from the University of St. Thomas in Houston. 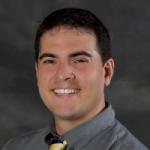 
Miguel Romero is assistant professor of Religious & Theological Studies at Salve Regina University (RI), member of KofC council 379, and NCPD Board member. His published work is in moral theology, Catholic social teaching, theological method, and the thought of St. Thomas Aquinas. Romero recently presented at the Vatican on sacramental catechesis during the "Catechesis & Persons with Disability Conference," sponsored by the Pontifical Council for the Promotion of the New Evangelization. Romero’s forthcoming book is entitled Destiny of the Wounded Creature: St. Thomas Aquinas on Disability. 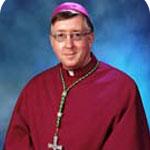 
Bishop Mitchell Rozanski is the Bishop of Springfield (MA), and is on the Ethics and Public Policy committee for the NCPD Board. Prior to being appointed the Bishop of Springfield, Bishop Rozanski was appointed as auxiliary Bishop for the Archdiocese of Baltimore. One of Bishop Rozanski’s roles in the Archdiocese of Baltimore was Vicar for Hispanics. Bishop Rozanski also serves on the National Committee for the Protection of Youth and Young People, and the Advisory Council of the National Association of Catholic Chaplains. Bishop Rozanski was the former episcopal moderator for the National Apostolate for Inclusion Ministry before they transitioned into NCPD’s Council on Intellectual and Developmental Disabilities. 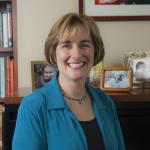 
Elizabeth R. Schiltz is the John D. Herrick Professor of Law, and co-director of the Terrence J. Murphy Institute for Catholic Thought, Law, and Public Policy at St. Thomas University (MN).  Schiltz is a member of the NCPD Board Education and Ethics & Public Policy Committees. In addition to serving on the NCPD Board of Directors, she also serves on the board of directors for L’Arche USA. She is also a contributor to the Catholic legal theory blog Mirror of Justice. Schiltz graduated from Yale University and earned her juris doctor degree from Colombia Law School. She is also a 1998 graduate of the Partners in Policymaking Academy which is a nationwide, state-based training program in disability advocacy.